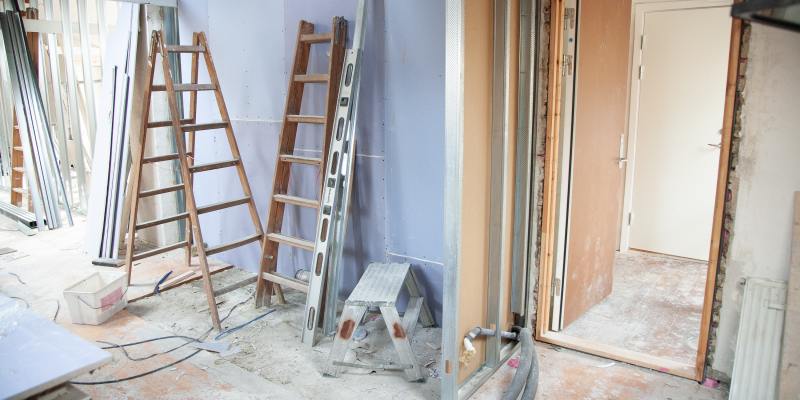 We are in the middle of a huge and extensive remodel project of our house. We have a mid century modern house that needs lots of love. I spend all my free time working on the house. This week I will be hanging furring strips in the basement while my husband is framing out the mud room area.

We are making a mess. Its dusty and its loud. My hands are black with grease from the screws. We can leave the house like it is, but it is mediocre right now and it can be AMAZING.

In many regards the house  is uglier than when we started. It looks worse. But it is not worse. This is part of the process. We have to deconstruct things to build them properly. For instance , We had to get our basement floors jackhammered to fix a water issue before putting up walls and floors so they would not just get damaged.

But I keep working on it and keep moving forward because I know it will look amazing. For example the basement has the has a walk out door wall, it has a fireplace, it has a huge gathering space, it has a pond (yes for real), it has high ceilings.  But it also has cinder blocks and old damaged wood panelling and asbestos tile from the 1950s.

Maybe the faith transition made you realize that the panelling was outdated or that there was a some water damage that needed attention. Often a faith transition exacerbates the marriage issues that were already there but ignored for whatever reason.

Now they just can’t be ignored. Its time for the remodel. Maybe you just need some fresh paint, maybe you need put in a new drainage system and pull out the jackhammer?

Are you wiling to embrace the mess and dig into the marriage  remodel so you can have what you really want instead of just something that is mediocre?

If its time to address the marriage issues from your faith transition. We need to talk. This is what I do. I help clients rebuild  and remodel marriages impacted by a faith transition. Its messy, its chaotic but its worth it.

CLICK HERE TO SCHEDULE A FREE CALL WITH BROOKE

Talk to you soon,